Landscape at Dawn and Dusk

No foolin' on this one. Benjamin Franklin developed a one-handed, clock-concept with his friend James Ferguson, a Scottish astronomer and instrument maker in the 18th Century. The design of his work appears in Ferguson's Selected Mechanical Exercises, circa 1733. 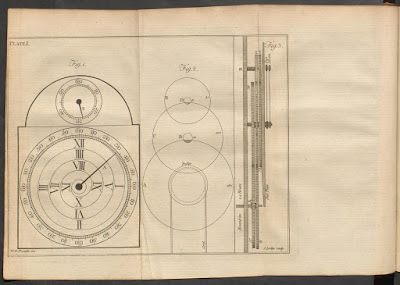 In August 2015, Franklin's design has been RE-CONCEPTUALIZED as a stunning wristwatch by MeisterSinger, a bespoke watch maker in Münster, Germany.  It's called The MeisterSinger USA Benjamin Franklin Limited Edition. As Evald Muraj wrote in his Hodinkee post, "The brand successfully executes this concept" (meaning the use of one hand to indicate dial time) "by designing dials with an arithmetical, almost gauge-like rendition of hours and minutes."

I was attracted to this watch and its heritage tribute to Ben Franklin's inventive mind when I was exploring the website for Martin Pulli Fine Jewelry and Watches located in Franklin's hometown, Philadelphia Pennsylvania.

Lately, my own home has been filled with  my husband James Raciti's research and writing on the notable residents of Philadelphia and the Eastern seaboard during America's colonial/post-colonial period. (See his blogs: America's Revolutionary Voices and Get to Know Stephen Girard; as well as the book, Stephen Girard: America's Colonial Olympian, 1750-1851).

What circulates with one hand in the 18th Century comes around to us in the 21st Century with new European vigor and style. Ben does indeed have cross-continental staying power.

Posted by www.wristwatchredux.net at 6:35 PM